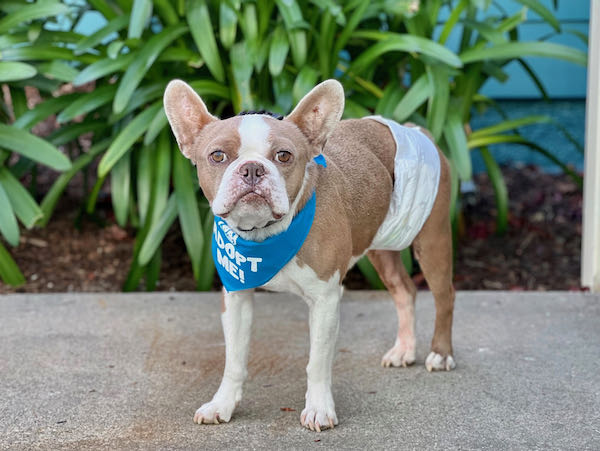 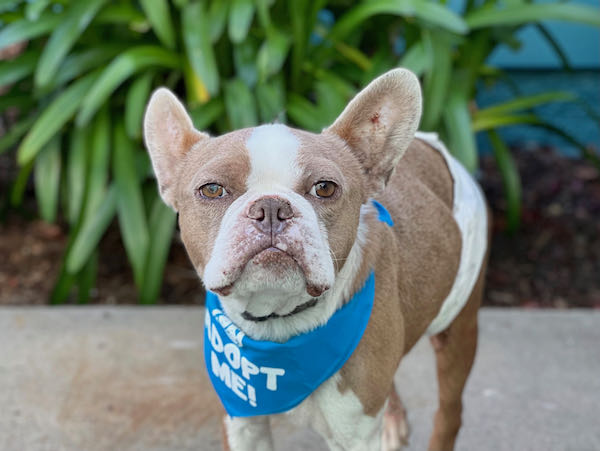 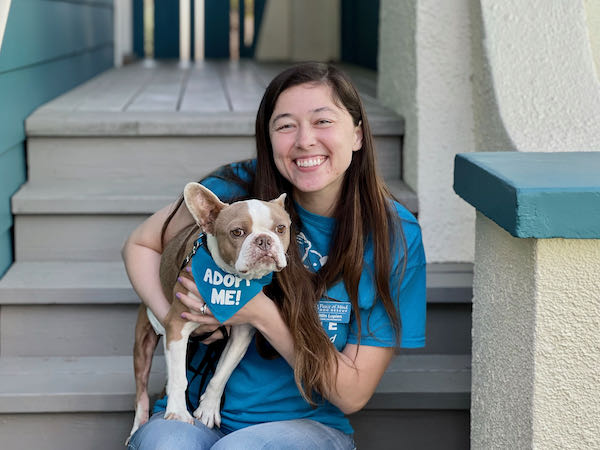 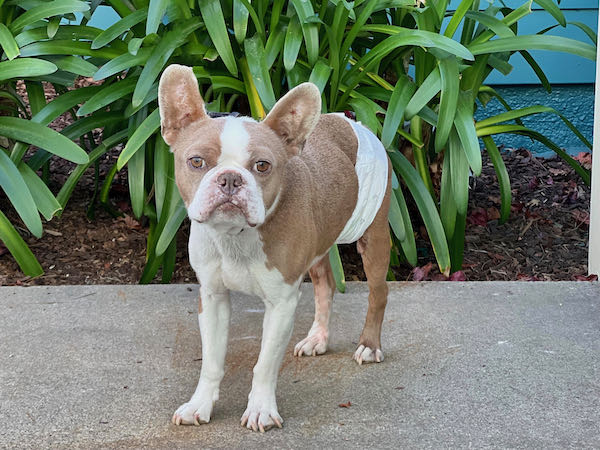 Looks like: French Bulldog
Male, 3 years old, 20 pounds
Adopted
Storm is a sweet young Boston Terrier mix who has been through a lot. Despite some medical issues, he is a happy and goofy guy and meets other dogs politely with butt wiggles. He had a large mass that has since been removed. Because of the placement of this mass, Storm had to have penile amputation surgery. He is recovering well and is now searching for that perfect adoptive home that is prepared to help him through his recovery and will be able to follow up with an oncologist for his further treatment. A warm lap and someone to love on him would be great medicine to help him on his path to wellness!

Storm gets along well with other dogs, but he gets a bit overly excited about dog friends and gets very focused on mounting when around them. If his adopter has other dogs in the home, we would hope they would be very tolerable of this behavior. Storm has done well living with dog savvy cats in his foster home.